The Project That Wasn't...Like I Thought

Apparently my grandmother and I had a miscommunication. She has asked me to quit my blog project immediately.  I am beyond bummed to cancel not only this project, but my major personal goal only a week into the year.  She has agreed to let me continue writing, but only offline.

I am still going to write about family history, but only stories that I don't get from my grandma.  My mom's dad passed away in 2002.  He was an only child and I don't know what of my Granddad's history has been recorded.  I do know that we are his only family.  Only my mother and her two siblings and seven grandchildren (of which I'm one)  know him well enough to write anything.

Even though I'm incredibly disappointed not to be able share my grandma's story, I'm still going to try to meet my goal of writing about my family history.  It's going to take a several days to pull everything from my Grandma into a Blurb book and I've got two scheduled posts that I'm not sure how to "unschedule" for tomorrow (1/8) and the next day (1/9).  But I am honoring my grandma's request to remove anything connected to her identity and write off-line about her for the rest of the year.

I am counting on my mom and her siblings to share stories of their dad and his family history with me so that my project isn't a complete bust.
Posted by Jenna Wood at 9:24 PM No comments:

The older I get and the bigger the projects I decide to tackle, the more I realize that I'm going to have to be very disciplined in order to get it all done.  (Which brings me to wondering if there's anything I need to let go? )

The biggest thing I want to do this year is this blog project.  Working with my grandma to create a beautiful family history record of many of her family members will mean so much to me and my family in the years to come.

And, dear family, I want this to be a group project.  If you see a typo, misspelling, improper grammar, or verb tenses that aren't making sense; speak up!  I will also be happy to listen to your take on events and apply what I can where I can, but if your version differs from Grandma's--I'm going with hers.  This is her history from her point of view.

This year I'd also love to lose weight, get organized, get a couple more clients, and hopefully get a new church calling (I've been doing Primary music for 6+ years now).  But all of that pales in comparison to the job of recording this family history.

I have moved upon by the Spirit of Elijah and I've found a way that I can contribute in a meaningful way.  So this year, my most important goal is to record at least 40 family history posts.

This year as I work on this family history project, I'm not moving in a linear way though time or through the family.  I will be jumping around quite a bit, from person to person and story to story.  Whatever is pressing on my Grandma's mind is what I'll write about.  Please take each story on it's own merit.  I hope you enjoy the ride.

Things About Blogging that Scare Me

I love blogging.  As I go through my day, I'm writing in my head.  Only occasionally--a few days a month--do I actually get time to put even some of it down.  Part of that is out of respect.

I recently read C Jane Kendrick's post about her elopement.  She writes about her then future husband sitting on the bed and sobbing, worrying if he was making the right decision in marrying her.  It's an amazing piece of writing.  I think my husband would have a cow if I publicly shared a story in which he was sobbing.

In Jane's piece, her family finds out that she and Christopher are driving to Vegas and her family whooped and hollered with joy over the phone.  Although I think every family *should* react like that to any impending marriage no matter how ill fated, I don't know of many who would.  I think most parents would be pretty ticked off.  I think I might be ticked off.

So how do you share your story without hurting anyone?  Any time I do any writing that's any good, I'm nervous.  I work hard to cloak things so I don't hurt any feelings.  Even at the Honda blog, I wrote about an amazing woman who headed up a huge Christmas Dinner giveaway, even while herself getting devastatingly bad news. 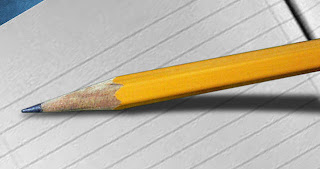 I quote one of our conversations in the post.  I know it makes it more relatable.  I know that readers will like Debi without even knowing her.  Yet I worry that she now hates me and will never talk to me again for fear that I'll put it on the blog.

That's exactly what I don't want--for people to fear me.  I don't want to throw anybody under the bus.  Yet I think writing that's brutally honest--like Jane's--is awe inspiring.

I also know that people have different perspectives.  I remember a niece asking me about a (cringe) fight--a physical fight--between her mother and me when we were teens that is, apparently,  going down in family lore. "Tell me about the time..." she began.  As she explained which story she wanted to hear I was shaking my head, "That's not the way it happened at all!" I exclaimed.

Even when you share your story, your life isn't lived in a vacuum.  It intersects and weaves with other's lives. Your perceptions of the same events, the same experiences, heck, the same conversations, can be dramatically different from someone else.

Jane Kendrick is gutsy.  Perhaps it's why her blog garners a million views a month.  But is there a down side?  Has she lost friends or offended family?  Or when we know each other's real story--the whole story--do we just feel more compassion?
Posted by Jenna Wood at 10:52 PM 3 comments: