I just found this old post.  I think it's from April 2015.  Even though, I don't think the Duggars issues are relevant, I kinda like what I wrote about following God's will.

There's been a lot of talk on the social inter web about the Duggars.  But one post, in particular has really bothered me. (You can find it here.) See, in this post the author, whom I'll call "Jessica" (largely because it's her name), thinks that Anna Duggar is in the worst possible position she could be in.

Anna Duggar was crippled by her parents by receiving no education, having no work experience (or life experience, for that matter) and then was shackled to this loser because his family was famous in their religious circle. Anna Duggar was taught that her sole purpose in life, the most meaningful thing she could do, was to be chaste and proper, a devout wife, and a mother.


I'll get behind Jessica 100% that no post-high school is a problem.  The glory of God is intelligence and we have a responsibility to get as much education as we can.  But she's what, 27, at most? (Josh was born in 1988 and I doubt that Anna is older than Josh.) It's not like her life is over or she's somehow unable to get more education.  Would it have been better or certainly easier to get a degree immediately after high school?  No question.   But it's also ridiculous to throw our hands in the air at the plight of someone who has yet to crest 30. She has time.  She can definitely go get and education if she wants it or feels she needs it.

It's the next sentence that I have the biggest beef with.  "Anna Duggar was taught that her...the most meaningful thing she could do, was to be chaste and proper, a devout wife and mother." That's not a false teaching.  Even if being a wife and mother isn't her sole purpose, it's definitely the most meaningful. Why are we throwing motherhood under the bus?  Additionally, why are we tarnishing wife-hood and that of chastity while we're at it?  It is THE WEIRDEST way to talk out of both sides of your mouth, while on one hand shaming Josh for his affairs and on the other hinting that being a little less chaste might be more healthy for Jessica. It makes absolutely no sense.

Jessica goes on to state that Anna can't divorce because of her religious beliefs.  How does Jessica know?   Was there some sort of Duggar show on "no divorce."  Is it a common practice among Baptists to "blame" and "ostracize" divorcees? I couldn't begin to weigh in on her religious practices or beliefs, but I have a hard time believing that divorce would be off the table.  On the other hand, why is divorce our immediate go-to as a society?  I know people whose marriages have survived some pretty rough patches who are now saying, "Oh yeah! Anna should leave him!" And if she stays, there's a tongue-clicking, head-shaking, she's-so-stupid mentality.  As if commitment means nothing and vows are just words we say, but when the going gets tough it should be every woman for herself.

This is not to say that I have any judgement for divorcees.  I have no idea what you've been through, and more importantly, I have no idea what God has directed you to do.  I believe that there are wonderful, righteous, Godly people, who find themselves divorced.  I trust that each person prayed their way through this incredibly difficult trial and that they made the best decisions they could as they worked to follow God's will. 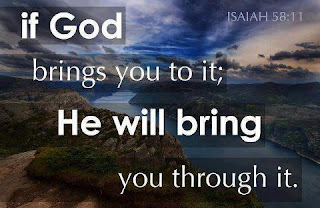