The summer of 1993 I sat by the fire at Camp Shalom and bore my testimony to the girls in my ward. I was about to start my senior year of high school.  It was one of those bitter-sweet moments. I was putting away things of my childhood and preparing to be an adult.

My love of girl's camp has never waned.  But time has passed.  I graduated from high school, started BYU, married, graduated, got a job, had kids.  I did a lot of things, but I never made it back to camp.  The call of camp became stronger as my oldest daughter Emma turned 12 and got to go.  Year by year she went to camp and came back with stories and memories and I ached to join her.  I dropped hints to the YW president and others that I would be game to go to camp.  But for naught.

It was now May of 2016.  Girls Camp was a mere 6 weeks away.  Emma is 17 and this would be her final year at camp.  A counselor in our bishopric, Lyle Snell, asked if I could have a quick meeting with him in the clerk's office.  Church was starting in 5 minutes.  My heart dropped. I've been serving in the Primary Presidency for over 3 years and at our January presidency meeting, Brother Snell reminded us that we don't get to keep callings forever.  Even callings we love. So it was with some trepidation that I entered that clerk's office.  I could only keep thinking about how much I was going to miss the Primary kids.

"I would like to extend a temporary calling," Brother Snell said.  I was surprised. I wasn't being released!  I told him as much.

"We would like to extend a calling to be camp cook."

My immediate reaction (which is likely not appropriate) was that I punched my fist in the air and yelled, "YES!"  Then it hit me that we shouldn't "fist pump" and yell when we get callings.  I covered my mouth.

I returned to my seat in the chapel.  I grinned and waggled my eyebrows at Emma.  I didn't even have time to whisper tell anyone about the new assignment I was being given.  But when they called my name--much to Wendell's surprise--I think Emma fist pumped too.  I was going to camp! 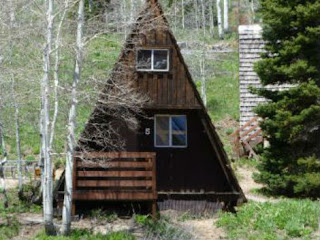