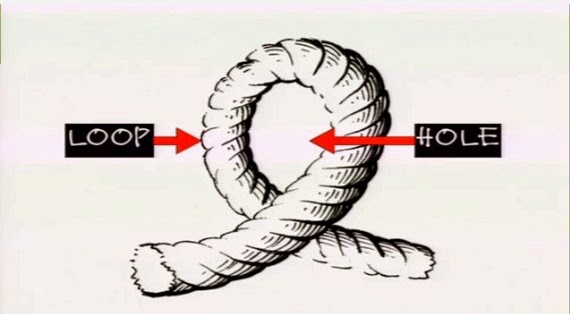 When I began goal tracking, I gave myself permission to change my goals if they weren't fitting my needs.  While a lot of goal setting data says you can change or update your goals weekly, with my monthly tracking sheet, I figured once a month would do.

Having achieved 100% success on my goal of kneeling to pray, I took it off the list.  It was time to focus on things that I was struggling with.

After reading some of Gretchen Rubin's work on loopholes (you know the moments when you say, "This doesn't count."), I began setting some rules around my goals.  So instead of the goal of "going to bed by 11:30."  I changed it to "be in the bedroom by 11:30."  If I need to grab something, take pills, etc. I'm allowed to leave the bedroom after bedtime as long as I don't sit down.  I can go and do, but I have to come right back.

Realistically, 11:30 isn't early enough, but just changing the goal has made it much easier to accomplish. While I "went to bed by 11:30" only 4 times in January, I've accomplished the goal of "be in the bedroom by 11:30" nine times so far in February by the evening of the 21st (yesterday)!

Setting rules around my goals has helped me reach my exercise goals as well.  Last fall when I met with my gynecologist, the issue of my weight came up.  "Look," she said, "if you really want to do this, you've got to commit to working out 5 hours a week. I don't care how you get that in, but 5 hours is the goal."

At the time I was, realistically, working out twice a week for 30 min.  A whopping one hour. I began by jumping in for 45 minutes 4 times a week.  It wasn't 5 hours yet, but it was a huge improvement.  Then my hip flared up (I do have rheumatoid arthritis, after all), after that I struggled with back problems, a new medication made me nauseated and gave me heartburn.  And unless I could work out for 45 minutes, I wouldn't even try to do it.  I'm betting you can see how quickly my exercise was back to zero.

I was talking with my sister (in hopes that she could me meet me at the gym and that obligation would get my rear in gear) when she mentioned something her husband recommended.

"Sometimes I really don't have time to work out, but Michael suggested that, on those days, maybe I could just walk around the block.  Sure, it's not much, but it's better than nothing."

While our schedules didn't really work for exercising together, I loved this rule.  When I don't have time for exercise, I can at least walk for 15 minutes.  Turns out in my very strange shaped neighborhood, it takes me about 15 minutes to walk around the "big block." When my day is crazy and I know I'm not making it to the gym, a 15 minute walk allows me to check the exercise box and feel a lot better about myself.

As I looked at my goals, I've realized I have to embrace my personal commandment of "Be Jenna."  One of these realization is that I'm not a morning person.  I want to be a morning person.  I want to so badly! But I'm not.  In fact, I think better, write better, and even love to talk more at night.  My whole family had a few week obsession with the game Trivia Crack.  I found I could win games in a single sitting at 11:00 at night.  I think both clearly and quickly then.  In the morning, I'm groggy, fuzzy and sometimes silly.  Not only can I not play Trivia Crack in the morning, I can't remember what I need to get done. My morning planning in January, while well intentioned, was abysmal because I don't think well in the morning.  Period.  (I checked that box a whopping three times in January's 31 days.)

Now I've tried to change. Really, I have. I read an ebook all about switching from a night owl to an early bird. I listened to a podcast about the importance of mothers doing a lot in the morning. (You must get up before your kids!)  I even joined a challenge called, "Hello Mornings." The sum total of all that effort mostly made me feel like a failure.  I can want it, but I can't seem to make the shift.  I am not a morning person.  I need a little time to wake up slowly.  And if I want to write a successful plan for my day, it had better be at night.

So I completely gave up on "morning planning" and instead do "evening planning."  And you know what?  It fits so much better with my life! Not only have I done this one (also an important component of accountability partnering) nine times, but I sleep better when I do it.

I can't tell you how much I used to struggle falling asleep.  I would often lie down only to have everything that l needed to do the next day running on an endless loop in my head, ruining my rest.  Once I managed put it out of my mind and actually get to sleep, I would often awake around 3:00 in the morning with at start, almost like a panic attack, with my adrenaline pumping, worried if I could get it all done.  When that happened, it would take me up to two hours to get back to sleep again.  And, oh, waking up in the morning was so painful because of my pitiful night's sleep.

Now that my next day's plan is all worked out in my bedroom as part of my getting-ready-for-bed routine, that worry doesn't seem to creep in.  I set up my to-do lists in two columns, the left is what can reasonably get done in a day and the right holds other stuff I need to do, which I will do if I have time, but can postpone if I don't. It removes the stress.  I only put on the left what I can, actually do.  The rest isn't mandatory.  And if I remember something after-the-fact, while I'm falling asleep, I just turn on my lamp, jot it down on my list and I'm back to bed with nary a worry.  Seriously.  This has been a game changer.

In the vein of embracing, "Be Jenna," I also pushed back my get-up-in-the-morning time to 7:15.  And I'm still really struggling with this one.  I'm going to have to give my morning goal a lot of thought and figure out why it's not working, what my goal should be, or if I should even should even have one.

In January, with my goal of becoming a morning person (and my Hello Mornings challenge), my mornings were structured around movement (exercise), the word of God (scriptures) and morning planning.  But if I didn't get my scriptures read FIRST THING in the morning, I wouldn't even try to do it later.  So I did my own personal scripture study only 30% of the time, because it was contingent on doing it in the morning.  In the reworking of my goals for February, I gave myself the leeway to accomplish it any time.  I now had some 16 waking hours in which to read one chapter of scripture, or less if I felt very pressed.  Suddenly my success ratio on reading scriptures is dramatically higher.  It took me until Feb 9 to rework my goals and start tracking again, but since then, I've only missed personal scriptures twice and that's a streak I'm really proud of!
Posted by Jenna Wood at 11:23 PM

I'd like to know more about your tracking sheet. Did you make your own?

This is the tracking sheet I used. If you scroll all the way to the bottom, she has a blank one.