I have two sisters and the span between the three of us is less than five years.  So when I was approaching motherhood, I didn't have some of the advantages that friends from larger families had of helping feed and change diapers of younger siblings.

I remember through my pregnancy with Emma day dreaming what it would be like when she arrived: dressing her in cute clothes, holding her while she slept, snuggling. It was going to be awesome.

When she finally arrived some 8 days past her due date, I was so delighted.  But things didn't really turn out how I pictured them.  It was easy for the yellow, liquidy, newborn poop to leak out her diaper and ruin the cute outfits.  Even after thorough burping, she would spit up later, ruining her clothes.  And after the first few weeks, she never slept.  She cat-napped throughout the day in 30 minute increments and even slept fitfully at night until I learned that it was critical to keep her warm during the wee hours.

Nursing, which I had thought would be both easy and intuitive was not and I developed a fierce case of mastitis that I thought would never end.

One day shopping while I was at the grocery store an old woman peeked in my carseat to admire Emma.  "Isn't this wonderful?" she asked me.

In the trenches of motherhood, so shocked by what was actual, I had not stopped to think of whether or not it was wonderful.  I supposed it was.  I vaguely remember agreeing with the old woman. 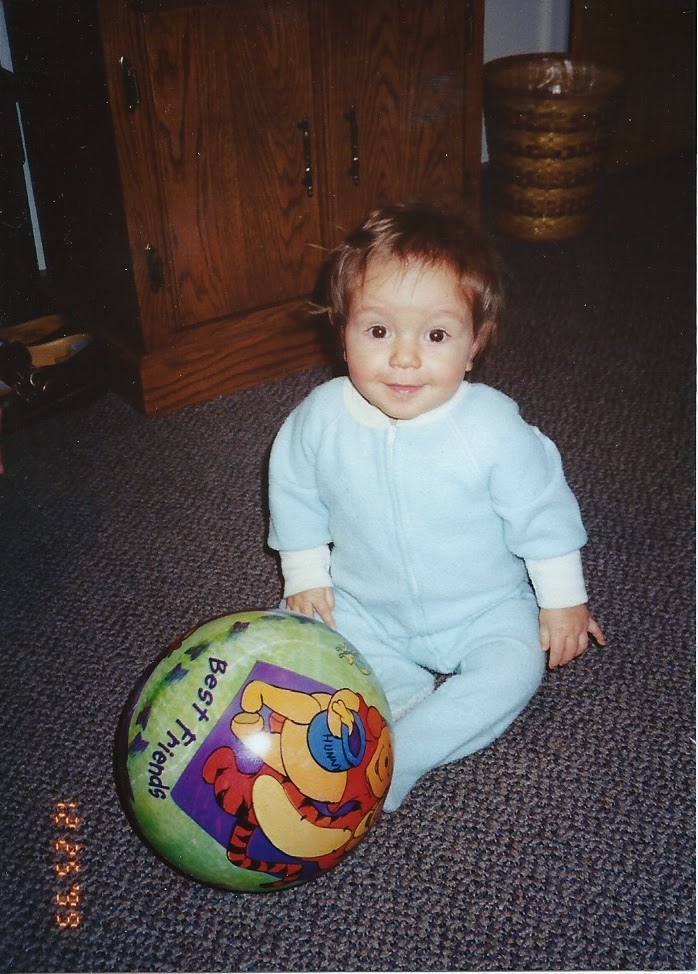 Motherhood is a divine calling, a special responsibility God gives us as He entrusts us with His children.  In saying so, it is also critical to honor the bone-wearying work that motherhood is.  With my youngest now six and the challenging new-baby and chasing-toddler stages behind me, I can agree whole heartedly with the old woman--it is wonderful.  So wonderful! But I haven't forgotten that it's also darn hard.
Posted by Jenna Wood at 11:50 AM

Jenna, you are so right! I was 32, a newborn ICU nurse and did pediatric home care. I was a great aunt. I had logged in untold hours of babysitting. I had a wonderful, responsible husband. No one could have been more prepared to be a mother (I naïvely thought!). I could not have been more wrong. The things that I had supposed to be easy and natural, became horrifyingly, alien concepts. I struggled with so many things. The concept of being responsible for another human being was remarkably humbling. It is now almost 19 years later. We're relatively intact. We are all still alive. The skills that I still struggle with have taught me patience and love. The sheer joy of being a mom is indescribable. Holding hands, snuggling, proudly wearing the jewelry he took so much time to find and laughing like crazy at cat video's, are the most divine and precious things I have ever experienced. Being a mother is overwhelming and humbling. It is also the most glorious miracle we can ever experience.