I was on anti-depressants when I got pregnant with my third child and despite their "C" status, I stayed on them through my entire pregnancy and another two years after.  It was tough going.  As my waistline expanded again for the third time in three years, strangers were shockingly bold.

"Do you not know how to stop this?"

"Do you understand how you get pregnant?"

I even had a woman in Zion's National Park talk very loudly (looking over her shoulder) about how population growth was ruining the world and people who had too many children were irresponsible.  Of course, I was in my third trimester holding a 19-month-old and a three-year-old on my lap, exhausted and sweaty.  Now, not only was I the height of stupidity, but also ruining the planet.  It was a heavy burden to carry.

We moved during that pregnancy and I remembered the women at church did a little spotlight on me.  I had told the woman who called that, though my daughter was 2.5 at the time, she was almost 3 and she should say that she was almost three.  She didn't.  The spotlight said that I had a 2 and a half-year-old, a 17-month-old and was expecting another baby in July.

As they read the spotlight in church, the ladies behind me whispered, "How is that even possible?"

I felt foolish everywhere I went.

There were at least a dozen miracles that surrounded my third child's pregnancy.  They were what I clung to, trying to remember that God was there.  That He hadn't abandon me. Those are the only stories I usually share.  And I got a happy ending, too.  Nathan James was born on July 16, 2002 weighing a whopping 9 lbs 10 oz despite the fact that he was 15 days early.

The medicine that was prescribed to push the cancer meds out worked.  Nathan had no ill effects of the medicine.  He is one of my three with Macular Degeneration, but because I wasn't on cancer meds with the girls, no doctor finds any correlation.

But I wanted to address myths about surprise pregnancy.
1. That they are no big deal.
2. That there is no mourning.
3. That the mother had a choice.
4. That the problem is temporary.

For me, this "surprise" rocked me to my very core.  And whether I should or not, I mourned.  Even as I held my new baby boy, I would tell him how very sorry I was.  Sorry that I hadn't been more excited.  Sorry that I wasn't a better mother.  Sorry that I had wanted a girl.  Sorry.

A woman I was very close to, got pregnant around the same time I did.  She miscarried and I watched as that rocked her to the core.  And despite everything, against all odds, I remained pregnant and carried a healthy baby full-term.  It didn't make any sense to me at all. 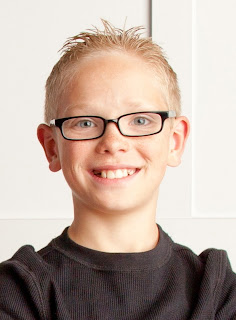 The struggle didn't end when he was born.  I had so many dark days over the next few years. My heart would break over the things I had wanted to do, but couldn't.  And all 11-years-old of him proves the permanence that a surprise pregnancy brings.

As a pro-life, God-fearing woman, I only had one choice:  to continue my pregnancy.  I'm not really sure what that means when these women would say, "They have a CHOICE."  What choice did I have?  Once you're pregnant, what choice do you have?

True, not all surprise pregnancies are this traumatic.  My 5th was a surprise too, but a surprise I was infinitely more equipped to handle.

In any event, who are we to judge?

Perhaps someone can read my story and still say it's nothing.  But it wasn't "nothing" to me.  And in the same way that we work to be sensitive to those struggling with infertility, we should be sensitive to those who are too fertile, too.  Let's not look at anyone's trial and just assume that it's no big deal.

"Be kind, for everyone you meet is fighting a hard battle." --Ian Maclaren

I'm glad you posted this. I love that people can have wildly different experiences, but still have compassion for the struggle that another is going through.

Thank you for sharing.

I think that's the whole point, Keryn. You just nailed it. We have such different trials, but our trials teach us to have compassion for others.

Great blog posts, Jenna. I agree with you. When I got pregnant with Simon, I wasn't excited about him at all. My mom told me this weekend that I had told her at the time all I wanted to do was "Undo" this mistake, because I thought I was going to fall apart taking care of two kids 2 1/2 years apart (in my defense, Lewis was a REALLY difficult toddler and never slept). And I felt SOOO guilty about it, especially when you know that so many others are wanting to get pregnant. Now, I can't imagine why I didn't want him, since he has such a little sweetheart and brings so much joy to our family. But I think those feelings are common among women, so thanks for bringing it up.

Thank you so much, Sandy. It's nice to know that we're not alone. Like you, I love my guy so much. I'm so glad that he's a part of our family. I'm even grateful for how close my boys are in ages--it helps them be such good friends.

But at the time I got pregnant--OY!! So hard.