Apples vs. Oranges Part I

I have three children with a rare eye condition called Juvenile Macular Degeneration.  We have no prognosis, no timeline.  This condition, left unchecked leads to blindness.  We know this all too well since our oldest daughter, Emma, is blind in her right eye from the condition.  Because we live in this no-man's-land of not knowing, we take our vacations in National Parks, hoping to seal into the memory of every child the vistas, the beauty, the seeing in the event that at some point they cannot see.

A dear friend of mine, Katie, has two children with Juvenile Diabetes.  Their lives are at risk.  Every meal, every hour, every snack they must be monitored.  The "possible" that hangs over their heads is death.  She carries a giant diaper bag full of snacks, insulin, and a device for monitoring their blood.

Another dear friend, Emily,  has three children who are dying.  Three of her five children have a rare, terminal disease called MLD.  It has been a journey learning what is wrong, watching as her two oldest daughters lose mental function and grow weaker.  They think they have two years left with these girls.  Despite everything they've done to fight the disease, the fight is over, the disease won.  They are now just enjoying what time they have.

There is no question between the three of us that Emily's burden is the hardest.  None.  Still she has never minimized my struggle or my darkest hour by telling me how my problems pale in comparison to hers.  She would be right, of course, but she is too kind to say it.

In fact, I feel quite bonded to Katie and Emily even though, of the three of us, my problem is the easiest to handle.  You see, we share that moment where you learned that you don't just have one child with a rare disease, but more of your children carry the same genetics--your genetics gone wrong. 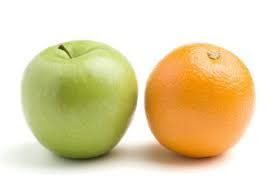 It was a few days ago that a blogger I follow linked to an article on FB and said, "Let's discuss this article."  Intrigued, I clicked on the link.  It's title was, The Flip Side of Infertility.  Which to me meant, "The trouble with being able to have kids too easily."  Since that was something I TOTALLY relate with and it had been linked by an adoption advocate, I read on.

I loved the article.  I loved the author's honesty.  I admired her willingness to talk openly about the difficulty of finding you're pregnant when you didn't expect it and the struggles that that brings.  I loved her openness about struggling when to call it quits on having kids.  Largely to avoid injuring those that struggling with infertility, these topics are somewhat verboten, leaving those of us with that challenge struggling alone.

So I clicked over to the "Let's discuss" post to share. What I found there surprised me.  Many women who struggle with infertility were virtually (as in on-line) screaming that this article had both offended and wronged them.  Although there were a few who seemed to understand the author's point--the grass isn't always greener--many were cruel.

They talked about the problems of fertility being temporary and that fertile women have choice. But what I was most surprised about was that many were in the mode of saying, "Sure that's a problem, but it's nothing compared to mine."

Just like my friends Emily and Katie--they're right.  My fertility "problem" is nothing in comparison to infertility.  But I still felt attacked.  It was like someone had looked at one of my darkest hours and said, "That's nothing."

*****
I don't even remember who was babysitting my two small children when I drove from our home in Spanish Fork to Provo to get a new pack of birth control pills.  Post two children, the pills I'd taken years earlier didn't work as well.  I was having "breakthrough bleeding" which meant that I was having two periods every 28 days.

They'd given me a trial pack of another kind which had worked--no breakthrough--and now I just needed to get the prescription for it.  The nurse searched for my chart unsuccessfully.  Ultimately she gave me a cup.  Like last month, I would have to take a pregnancy test and get a sample pack of pills.  No sample could be given without my chart or the pregnancy test.  I was miffed at this ridiculous waste of time.  I wanted to get back to my kids.

As luck would have it, it was free pregnancy test day at the OBGYN.  This was good because I wouldn't have to pay for the test, but there was also a line up of hopeful women nervously awaiting their news. It seemed wrong for me to be there since I didn't want to be pregnant.  I handed my cup of urine to a nurse who dipped a thin strip of paper in it.

"Are you expecting to be pregnant?" she nurse asked me.

"Noooooo.  I'm just here to get a new pack of birth control pills and they couldn't find my chart." I slouched in my seat and kicked my foot casually.

I had a daughter, almost 2.5 and a little boy who'd just turned one.  I was ready for a break.  We were trying to find the right arthritis medicine which had been hard.

This test was taking forever.

I leaned forward to the nurse. "Look," I said, "my pregnancy tests turn really fast.  If it doesn't say, I'm pregnant yet, then I'm not.  Can I just get my pills and go home?"

She took a quick breath and squared her shoulders like she was readying for impact. She turned and blurted out, "You're pregnant."

My heart stopped. I blinked. "How can that be?"

She shrugged her shoulders.

She tried to calm me, to reason with me. The blood test is only good if the urine test is negative.

"Your test turned really fast," she admitted.  The time that had elapsed she was just trying to think of how to tell me.

"I can't be pregnant," I insisted. "I've been on a cancer medicine for my arthritis.  It's a category X.  It stays in my system for two years.  I can't get pregnant on it. I want the blood test!"

I can't remember where I went for the blood test, just that they asked for a rush on the results.  I called my husband first.  I was near hysteria. This cancer med was really, really bad.  I couldn't even remember everything that could go wrong with my baby.  Wendell kept asking, "Are you sure you're pregnant?"

"I got a blood test, but the nurse said she'd never seen a blood test be negative when the urine test was positive." I hung up the phone and cried quietly in the car.

To fill the time, I drove aimlessly around Provo and Orem trying to figure out where to go what to do.  They called me with the blood test results.  Positive.  Somehow--miraculously--despite my best efforts, I was pregnant.  I called my Rheumatologist's office for the second time.  I told them the blood test was positive.

Nancy, the RN, told me she was going to call in a medicine.  It is supposed to push the cancer med out of my body.  Usually it was given over a two month period.  For me, I'd take 66 doses in 11 days. And pray.

I called the pharmacist.  And told him about the cancer med.  "I know it's a category X.  I want to know every possible thing that can go wrong with this pregnancy."

His voice was soft, "Are you sure?"

He began, "Fetal death at any time in the pregnancy, spina bifida..."
Posted by Jenna Wood at 11:45 PM