Summin' Up the Digest Diet


I've made it to the end of the three week Reader's Digest Diet.  So, you may ask, with all of your belly aching 1) how much did you lose? and 2) are you going to keep doing it?

My husband and I have a teeny tiny master bathroom. (I promise, this story has a point.) So tiny, in fact, that before we redid it, there wasn't a spot for a scale to live and be able to lay down.  (In fact at the end of our bathroom redo my husband, our friend/contractor and I were all standing in the bathroom at once which was somewhat of an impressive feat, because our bathroom is so small.)

For years our bathroom scale lived on its side.  Each time we used it, we had to pull it out and set it on the floor.  Sometimes the kids would get it out.  It got dropped a lot.  We knew it wasn't super accurate, but, you know, it was something.

Once Wendell and I started doing the Reader's Digest Diet, the fact that our scale only kinda worked became problematic.  We could gain or lose as much as 4 lbs just getting on and off a couple of times.

With our bathroom redone and the new configuration being more conducive to a laying a scale flat, Wendell and I splurged and got a new scale.  There are serious down sides to getting a new scale just at the end of the three week diet.

Because I didn't trust out scale and also because I'd already paid for the month at Weight Watchers, I've been weighing in there as well.  The down side to that was that it didn't jive perfectly with when we started the program, but that's the data I'll use. 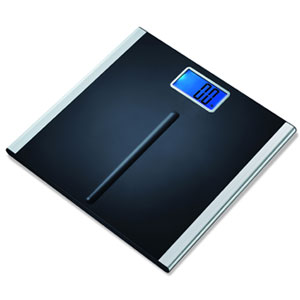 But here's the deal, I have still lost 6.6 pounds in just over 4 weeks.  It's not a record.  But it's progress.  I've also had some (clearing throat) serious hormonally driven carb cravings and still came out OK.  Every single weigh-in has been a loss.  And more importantly, I feel great.  Not good.  Not better--great!  And it's not because I've lost a ton of weight, because I haven't yet.  It's because I'm eating really, really healthy.  And I've cut waaaaay back on sweets.

In answer to the question, will I keep doing it?  Heck, yes.  Would I recommend it?  Absolutely.

I am continuing to overhaul my diet, seeking out sources of recipes that fit with this diet and improving my cooking.  But I plan on keeping on keeping on.
Posted by Jenna Wood at 10:39 PM

Hints that made it extra yummy... and added even MORE veggies:

Do at least toss the sliced zucchini in a pan first with a tiny bit of salt. It REALLY does help with the water content

I cut my zucchini with a knife and it was fine. No real need for a mandolin. :)

I added mom's seasonings to the sauce and a packet of dry flavoring like normal because that's how I like sauce.

I added dried onions and it worked fine.

To sneak even MORE veggies in, I food processed a bunch of spinach til it was TINY bits and added it to the sauce. I think I also added mushrooms... because I'm addicted.

Ricotta is disgusting. Use cottage cheese.

It is SUPER satisfying and you may never eat normal lasagna again. :)

Sweet! Thanks, Andrea. I may have to check out more of their recipes. :)