Beck is 18 months old and I have been completely negligent about posting about him. You may avert your eyes if you hate those blog posts where people go on and on about their kids, 'cause this is that kind of post. 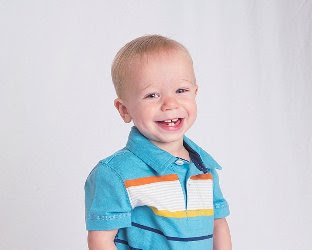 1. Beck climb out of his crib twice a few days ago, but thankfully hasn't thought of doing it again.


3. Beck knows a ton of animal sounds including, but not limited to: cow, horse, cat, dog, pig, monkey, elephant, lion, and sheep.


4. Beck can identify the following body parts: head, nose, eyes, ears, tummy, bum, toes and tongue. The tongue is awesome. He sticks it in and out saying, "Liddle, liddle, liddle."


5. Beck has a problem eating inanimate objects such as erasers, crayons and small beads.


6. When above problem gives Beck diarrhea he cries, "It's a bum!" during diaper changes.


7. Beck thinks biting is a good way to get what he wants. We are working hard to stop this behavior. 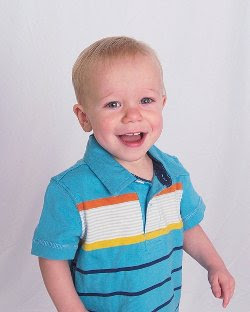 9. Beck can say the name of every family member. When I'm calling the kids up stairs, he's my echo.


11. Beck's favorite people to play with are me, Annika and Nate.


12. If Beck wakes up crying in the night, Wendell is the only person who can get him back to sleep. If I get him, he just cries harder until I put him in our bed. Apparently, I'm a sucker.


13. Beck is a scrawny little fellow. He weighs about 23 lbs and usually wears 12 month clothes. Even then, he often has to wear a belt so his pants don't fall off. 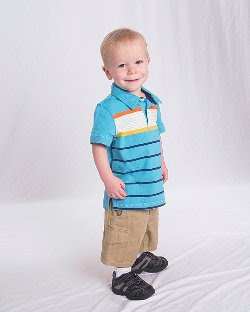 14. When Beck runs, he swings his right arm.


15. Beck loves to use, what I can only call, his falsetto. He loves to squeak way up high. This is good for mimicking the older kids and for creating a cat sound.


16. Beck loves to play the piano. Especially when it's someone's practice time. :) 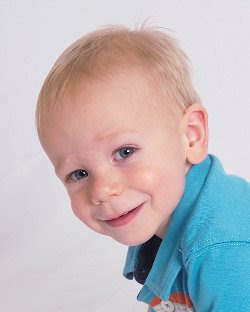 17. Beck loves his Grandpa H. He will get all psyched if he knows we're going to see Grandpa and will push to get out of my arms and run to Grandpa.


18. Beck named his blanket "Bob." Every morning he throws Bob out of his bed, so I have to pick up Bob, then pick up Beck. Beck will also call for Bob when he's sad. 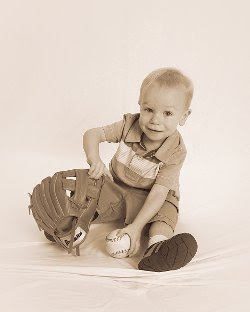 Those pictures are THE CUTEST! The 3rd one makes me a little sad, though it is adorable, b/c he looks so grown up, like he is ready for college! Ok, maybe not college, but he is just growing up too fast.
I also love the 2nd one.
I have failed to tell you how happy I am about your class, and would LOVE to hear a motivational speech by you. I am curious to hear more about the class and how it will work. I would love to help with your little ones when you do teach if needed.