February's theme was movement. This is one that I wanted to be very careful to be broad. In my Facebook post in my group I  wrote, "Remember our yearly theme is self-care.... You are not 'bad' if you miss moving or don't achieve your goal. Movement can be anything--exercise, stretching, yoga, parking further away, physical therapy, etc." 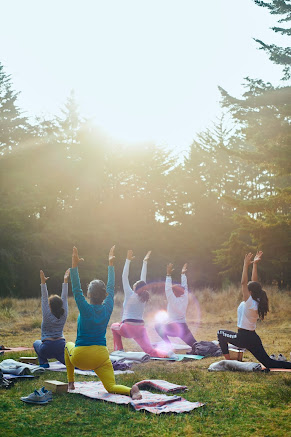 In January, when my focus was sleep, I worked out (based on my app on my phone/watch) 11 times. Not bad! It was once for every three days. It was decent. In February, when my goal was movement, I worked out 16 times! This is a notable improvement. In fact, my first week, I worked out 5 times in a row. Since the pandemic I haven't felt comfortable working out in a gym, so I stuck to walks and using some beginner workout videos I bought in a program around Christmas.

I love that in my own group, I had to identify everything that counted as movement. This helped me mentally increase my flexibility. I think a lot of times, we don't give ourselves as much credit as we should. But this flexibility helped me give myself more credit.  There were a couple days that I just wasn't feeling it. Reminding myself that stretching counted got me downstairs with my exercise mat for 15 minutes of stretching.  How did I feel afterward? Much better.  Glad I'd done it.

I was diagnosed with juvenile onset of rheumatoid arthritis when I was 10. It really started acting up when I was 14. And it continued almost unchecked in its destructive path until I started gold (a treatment given by injection) when I was 16. Still, I have flair ups, stiffness, good days and bad ones.  Though, since my late 20s, it just hasn't been as bad as it was when I was younger.  But I *must* have flexibility in my workouts.

I've also learned that apps are stupid.  One day, I can go on a walk and my watch will give me credit for every step.  Other days it almost doesn't give me credit at all.  Seriously, yesterday I went on a walk and it gave me credit for 34 minutes of exercise. Today's 20 minute walk gave me one minute of credit.  One. Ridiculous. So I try to watch for other measures on the app as well. In the summary section, it gives me up or down arrows based on various measures: move goal (cal/day), average minutes exercised, stand hours, stand minutes, walking pace, and distance.  In January, move, exercise, and distance were all down arrows.  But after my efforts, move and exercise are both up and distance has improved by 0.1, even though it's still 0.1 off of my yearly average.

These measures give me such calm even on days that I didn't get a workout. I may find that my move goal was higher than normal, or my exercise exceeded my current average or that elusive distance goal was above the norm.  Noting these successes help me stay focused on movement, which is ultimately the goal.

We also jumped through several hoops to add a year membership to our current recreation center pass.  Our rec center has been closed for renovation and will finally be open March 20.  (I'll get my 2nd Covid vaccine on the 19th.) With two vaccines on board, I feel totally comfortable using the gym again. But because we'd paused our membership and were taking advantage of a sale, we had to have the rec center director help us.  It took a few phone calls and some effort, but I think this was a "movement" success too, because it's setting our whole family up for more movement for a year plus all in a wonderfully redone facility.

Posted by Jenna Wood at 6:32 PM No comments:

My theme for January was sleep.  It's one way I've always really wanted to take care of myself, but I've resisted for a long time. My goal was to get ready for bed and start winding down around 10:30pm. Definitely no more TV shows or movies after that time.  The second part of the goal was lights out and in bed by 11:30 pm. 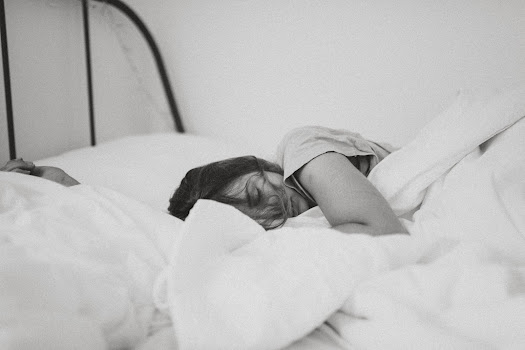 When my kids were small and physical demands were high, I would put myself to bed at a reasonable time. Each might as I climbed into bed, I had no idea how many times my sleep might be interrupted. So going to bed at 10 or 10:30pm was critical.

But as the kids got older, and with a desire to visit more with my husband in the evening, I began staying up later. Before beginning my self-care journey, here was my modus operandi. The younger kids would go to bed between 9:30 and 10:00pm. I would stay upstairs with them, but Wendell would typically be in the basement watching sports or a cooking show by that time.

Around 10, I'd head to the basement. Some nights Wendell would finish his show/game and I would scroll on my phone while we sat together. Other nights, I'd request a TV show we both wanted to watch and we'd watch Shark Tank, Relative Race, or Master Chef for an hour. If Wendell was watching a cooking show, he'd often finish it before we turned on our show.  Sometimes the kids didn't go to bed until 10:30pm.  In any event, starting an hour long TV program at 10:30pm became pretty normal.

Afterward, Wendell would always get promptly up and go upstairs and get ready for bed. But I wouldn't. Our master bathroom is small.  Really only one person can get ready for bed at a time.  I'd justify staying the basement.  Our basement is quite cool, so most of the year we bundle up in blankets when watching shows. Our couch is a recliner.  Sometimes, I would actually fall asleep on the recliner nestled in blankets. But something about the late night TV watching...the inertia just set in. It became a personal battle to get back upstairs.

January was amazing. I really did it!  Except for two nights I was in bed by 11:30pm.  The first few nights Wendell never thought I'd stick with it.  He headed to the basement for the usual 10-midnight TV session and was surprised when he came up and I was soundly sleeping.  But after that, he decided he wanted some sleep benefits too, and started coming to bed earlier. He has been incredibly grateful for this goal and pleased at how it helped both of us.

I tried reading in bed (leaning on an arm) for my evening wind-down. I loved the reading; hated the leaning. A couple of times, I tried sitting bolt upright in bed, but it didn't stick.  I haven't found the perfect wind-down routine. Despite that, I relentlessly put myself to bed at 11:30pm.

I learned that while I'm functional on 7.5 hours of sleep, my body really prefers 8.  In fact, I learned that if I give myself 8 hours of sleep enough days in a row, I'll just start naturally waking up. (I learned that on a Sunday morning I was *going* to wake up at 8:00am and instead awoke at 7:00am feeling completely rested.)

I really can't go to the basement.  My strategy to avoid the inertia problem has been to not go to the basement. My TV consumption has plummeted. Once I watched a movie with the kids and once with Wendell, both time starting at 9:00pm or earlier in the evening.  We were done with my movie by 10:30 or 11pm and I still had time to get to bed.

I need to put my phone away.  When I'm tired, I just get into tired scrolling. I'm not engaging, just scrolling and I struggle to stop.  By putting my phone away and switching to a book, I'm able to close the book when I'm sleepy and go to bed.

I had thought that going to bed early would have some downsides.  I correctly predicted that Wendell wouldn't immediately join me.  As an aside, we'd long been bemoaning, that with all of our adult kids up in the evenings we just didn't have us time--time to talk, about life, about the kids, about our day. On the days Wendell comes to bed with me, we actually recoup that time. So we've actually had a little better connection than we did before the change in bedtime.

Most importantly, I've learned (and perhaps even proven to myself) that taking care of me is a valuable undertaking.

Posted by Jenna Wood at 2:53 PM No comments:

We spent Monday night with a family activity geared toward goals, which gave me the perfect opportunity to organize my list and I'm so excited about my upcoming Year of Self-Care! Without further ado here are the twelve ways I'm going to nourish myself in 2021! 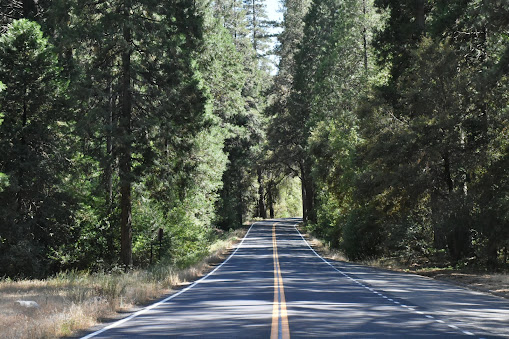 In Happiness Project style, I will be tracking and writing about how I'm doing on my self-care odyssey.  The goal is to build month upon month. So I'm starting with sleep and the goal is that in October, November, December, sleep is still a priority. I'm hoping to make some of these thing habitual so that each month I can put the former month on autopilot and put my focus on the new way to take care of myself.

What do you think about self-care? What would be on your list if you spent a year caring for yourself?

Posted by Jenna Wood at 9:43 PM No comments: